Previous Next
They Are Watching and Learning

They Are Watching and Learning 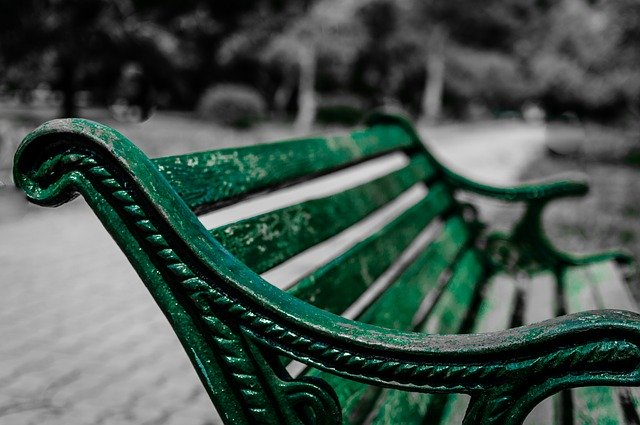 My son is picking up these principles!

Today I took my granddaughters to the park to play.  My son was in drama class, and logistically it didn’t work to have these two busy little girls running around the theatre.  There was a park across the street.   It was a gorgeous day, and there was lots of activity at the park. Olivia, the three-year-old, quickly made friends with another little girl. They were soon besties and were engaged in imaginary games like running away from “the lava monster.”

I was following the 18-month-old as she toddled around the equipment, played on the swings, and slid down the slide. Before I knew it, the three-year-old was running hand-in-hand with her new friend across a large grassy area. When I called her to come back, she sprinted further away from me and yelled, “I want to see the princesses.”  At the other end of the park, there was a wedding party.  And to the three-year-old and her friend, the bride and bridesmaids were the most beautiful princesses they had ever seen, and they were there in real life!

Her sister called out, “Wait, I wanna see dem.” She quickly slid down the slide and chased after them.  I loved watching them be so excited.  I took my phone out of my back pocket and checked the time.  I had only ten minutes to get the girls into the car and pick up my son from his lesson.

I quickly walked to the other end of the park to gather them up.  I dreaded what the next few minutes were going to look like.  My little granddaughters are so fast that I had gotten a gym membership to condition myself to outrun them when necessary.  There was a lot of space to run and two of them.  I was not sure how I was going to get them into the car without the typical kicking and screaming that went along with having to leave a fun activity.  How was I supposed to convince them to leave the princesses?

My super grandma skills kicked in.  One of the bridesmaids had offered them ribbons to play with.  I told them that they could take them if we said goodbye and got into the car.  They were excited to show mommy their treasure, and so they consented.

We picked up my son and drove home happy and ready for some Mac-n-cheese and a Disney movie.  I was feeling really proud of myself.  It had been a great day.  As I went to get the girls out of their car seats, I noticed that my purse wasn’t in the car. My heart dropped when I realized that I left it on the park bench next to the playground equipment.  I had lured the girls across the grassy area to the parking lot without going back to the playground.

When we arrived at the park, I put the purse on the bench, grabbed my keys and phone, and put them in my pocket. After all the chasing and wrangling, I simply jumped in the car, relieved, and drove away. As I thought about the purse on the bench, I got a sick feeling in my gut. I told my son not to get the girls out of their seats because we had to go back. The park is about 25 minutes from my house.  By the time we got back to it, the purse would have been unattended on the bench for more than an hour.

My son could see the panic on my face and, without skipping a beat, said, “IT’S OK, MOM, JUST PICTURE THE PURSE IN YOUR HANDS.” It took a moment to process what he was telling me to do. He knew I was in the Mindset Master course.  I had mentioned here, and there was I was learning.  He was telling me to use the laws of thought and visualize.

I was snapped back into the present moment. I felt gratitude that my son understands what I have been talking about here and there, and we were about to witness a Rare Faith miracle.

As we drove back to the park, I  pictured the purse on the bench, undisturbed, right where I left it. I let the feelings of relief that I had found it washed over me and was expressing thanks to God in my mind.  Every now and again, my mind started mulling over over all the worst-case scenarios. To bounce them out, I put on my Disney playlist, and all four of us belted Disney songs all the way there. It was so fun to listen to the 18-month-old sing at the top of her voice. Just as we were turning into the park, my son said. “Just picture it, Mom, it will be there.” And sure enough, it was!!!

I am so grateful for this experience with him. It’s something we will talk about and reflect on when we are faced with similar dilemmas. It’s great to have someone on the same page.

I’m thinking I may suggest that he picture the paper he has not been working on, as finished and turned into his mentors. Here’s hoping.