Previous Next
See It 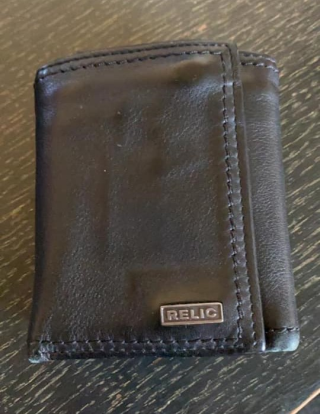 My son just jackrabbited his wallet that he thought he lost up in Wyoming last weekend.

(If you don’t understand what “jackrabbited” means read The Jackrabbit Factor by Leslie Householder.)

Sunday morning as we were leaving to head home, I asked my son if wanted to drive. He had a panicked/guilty/ embarrassed look on his face. He said he could not find his wallet. It has his new learners permit in it. He hung his head.

I immediately reassured him and texted family members who were still up in Wyoming. The search was on. Several hours later I got the message that no one had been able to find it. He felt pretty hopeless.

The next day as I was praying, I asked for a wallet miracle. The impression I had was that it would be granted if my son visioned it. This was between him and the Lord directly. I asked why and was told it was because the Lord wanted to teach my son that these laws work by his own experience. I expressed gratitude and let it be between my son and the Lord.

I asked my son if he had spent any time visioning the wallet back in his hands and the relief and excitement he would feel. He had not. I took a moment to help him connect to how much he likes driving and suggested that he envision driving around town again.

He looked at me with a half-doubtful, half-hopeful kind of look. I reminded him about how he encouraged me to “just see it”, when I left my purse on a park bench last spring. And how fun it was when we found it still on the bench and hour later. He nodded in understanding what I meant, and we dropped it.

I truly took my hands off it and have not said another word to my son about the wallet, although I have thought about it off and on throughout the week.

Each time I thought about the wallet, I would see it on the passenger’s side of the car beside the seat and the door. I continually dismissed it because my son told me he had checked the car.

This morning in prayer, I had a quick thought of the wallet again. And again, I saw the passenger’s side of the car. I let the thought just pass by me and moved onto my next item in prayer.

About 30 minutes later I was putting some car seats into the car so that I could pick up my grandkids. I had a flash in my mind about the wallet again, so I checked where I had “seen it”. Sure enough it was there!

I excitedly thanked the Lord and ran into the house. I hid the wallet behind my back and asked my son for a hug. He obliged and as we came apart, I held up the wallet. The look on his face was so awesome! He was surprised, relieved, happy, and then it dawned on him what had happened.

He has taken the time to visualize the wallet just this morning!