Previous Next
Stay Calm and Watch What Happens 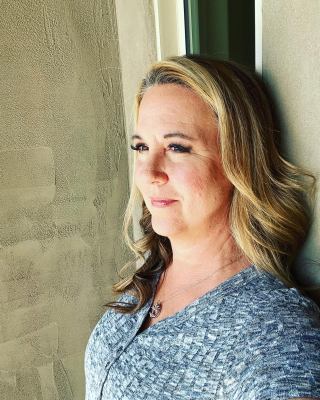 I’ve never written about this journey. Someone just asked me if I have. So, I wrote. It’s still unedited but… I’m about to board a plane to DC and don’t have time to edit before I have to go to airplane mode. So here it is. There’s much more to the story. I’m really excited to continue. As I write I get to see God’s hand in my life again. He is so good! I am so grateful.

My doctor was concerned about the lump I found under the seat belt bruise. I had been in a serious accident 10 days prior. Miraculously I walked away, but I came away with a nasty bruise from the seat belt when it grabbed me. I thought it might be a hematoma. He decided that a mammogram would be a good thing to do. It had been several years since my last one.

The day of the mammogram, whenever I started to get concerned and my mind wanted to jump down the rabbit hole, I reminded myself that I didn’t know enough about anything yet to panic. It was my birthday, and I wanted to celebrate! I later learned a phrase from Leslie Householder that perfectly describes what I was doing with my mind.

“Stay calm and watch what happens.”

The mammogram was clear, but I could still feel the lump. They ordered an ultrasound. The ultrasound revealed that it was 2.5 centimeters long a was solid instead of filled with liquid; so not a cyst. The radiologist recommended a biopsy to rule out cancer.

The day of the biopsy the doctor gave me two options. A fine needle aspiration where a sampling of cells were taken for evaluation, or a puncture biopsy where tissue could be sampled and the type of cancer could be confirmed.

I paused, checked in with God, noticed my feelings with each option. Biopsy, no, fine needle aspiration, yes. I learned later how critical that decision was. Because we didn’t have pathology, they had to do surgery first to test the tissues. If I had not done it this way, they would have had me do chemotherapy before surgery. My path was surgery first and that check-in with God saved my life.

The following Monday I got the call. Tom had gotten off early. He told me later it was because he didn’t want me to be alone when the doctor called. I heard the words, “It’s cancer.” My lungs wouldn’t work. I couldn’t take a breath in; I couldn’t exhale either. Time stood still yet all around me it was still moving. I heard the doctor say that they wanted me to come in the following day so that she could give me more information and set up a plan for my care. I agreed to a time, hung up, and started to hyperventilate. My mind was racing. This wasn’t real. This wasn’t happening. But it was.. But it couldn’t be. I had cancer. What?! NO!!! I was healthy. I was young. I started to pace and walk in circles. Tears flowed. My heart raced. My husband sat calmly on the couch. He knew. Deep down he knew. His presence brought me back into the room. I sat down and cried. He held me and said, “I’m right here. We have this.”

“Stay calm and watch what happens”.